The Duchy of Lancaster

The Duchy of Lancaster
The Master

What is the Duchy of Lancaster?

The Duchy of Lancaster is an ancient body responsible for managing an investment land, property and financial investments on behalf of the reigning Monarch who is styled, the Duke of Lancaster. The Duchy was originally a gift of land from Henry III to his son Edmund in 1265 from the estates of Simon de Montfort, Earl of Leicester, which were seized after his rebellion against the crown in the 1260s and defeat at the Battle of Evesham.

The rural estates consist of 18,481 hectares of land in England and Wales and comprises commercial, agricultural and residential properties, the majority of which are in Lancashire, Yorkshire, Cheshire, Staffordshire and Lincolnshire. Additionally the Duchy has a significant commercial and investment property portfolio largely in London.

The Duchy has many other duties including ceremonial, management, educational and church appointments throughout the Duchy lands, administration of ownerless estates and historic buildings.

The Almshouses were founded in 1513 by William Wyggeston under licence from Henry VIII under the supervision of the canons of the collegiate church in the Newarke in Leicester. However with the dissolutions of the monasteries the college closed and the patronage to appoint the Master and be a “Visitor” was transferred under letters patent in 1572 to the Duchy of Lancaster. This enabled the Duchy to keep an oversight on the quality of the management of the Hospital to ensure it kept to its original charitable objectives and The Earl of Huntingdon shortly after revised the managing statutes of the Hospital with permission of Queen Elizabeth I which were ratified in 1576 by Parliament and were used to regulate the Almshouses affairs until 1849.

Though times have changed the Duchy of Lancaster’s connection with Wyggestons remains strong and very unusual. The Chancellor of the Duchy continues to ratify the appointment of the Master on behalf of the monarch for a term of five years and the Trustees of the Duchy Benevolent Fund donate £500 per annum to the Hospital to pay for the annual tea held after the Founder’s Day service.

The only other Duchy of Lancaster appointment to an almshouses is interestingly our near neighbours at Trinity Hospital, Leicester. The Duchy continue to appoint their Chaplain on behalf of the monarch and also provides an annual payment to the Almshouse. 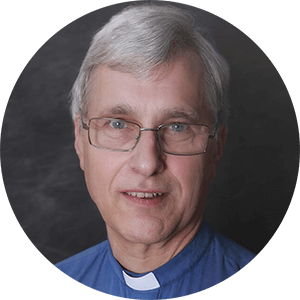 There has been a ‘Master’ of Wyggestons since William Wyggeston sent up his ‘Hospital’ in 1513. It is a historic title denoting the person in charge of and responsible for an institution. Much has changed in our society in the past 500 years and so has the role of Master of Wyggestons.

In the 21st Century the Master of Wyggestons is required to be an Anglican Priest and to live on site but is no longer ‘in charge’. My role as Master is that of a Chaplain, a member of the Senior Staff and a Governor (Trustee) of the Charity.

As ‘Chaplain’ I am therefore responsible for the regular and special Services (both Anglican and non-denominational) in our lovely Chapel of St Ursula’s. I am available for pastoral care of residents, staff and relatives (regardless of creed or background). As an ‘ex-officio’ Governor I attend and take part in all Governors meetings (and their committees). As part of the Senior Staff I am involved in much of the day to day life and administration of both William and Agnes House and the office staff. One special aspect of this is being involved in meeting prospective residents.

We use cookies on our website to give you the most relevant experience by remembering your preferences and repeat visits. By clicking “Accept All”, you consent to the use of ALL the cookies. However, you may visit "Cookie Settings" to provide a controlled consent.
Cookie SettingsAccept All
Manage consent

This website uses cookies to improve your experience while you navigate through the website. Out of these, the cookies that are categorized as necessary are stored on your browser as they are essential for the working of basic functionalities of the website. We also use third-party cookies that help us analyze and understand how you use this website. These cookies will be stored in your browser only with your consent. You also have the option to opt-out of these cookies. But opting out of some of these cookies may affect your browsing experience.
Necessary Always Enabled
Necessary cookies are absolutely essential for the website to function properly. These cookies ensure basic functionalities and security features of the website, anonymously.
Functional
Functional cookies help to perform certain functionalities like sharing the content of the website on social media platforms, collect feedbacks, and other third-party features.
Performance
Performance cookies are used to understand and analyze the key performance indexes of the website which helps in delivering a better user experience for the visitors.
Analytics
Analytical cookies are used to understand how visitors interact with the website. These cookies help provide information on metrics the number of visitors, bounce rate, traffic source, etc.
Advertisement
Advertisement cookies are used to provide visitors with relevant ads and marketing campaigns. These cookies track visitors across websites and collect information to provide customized ads.
Others
Other uncategorized cookies are those that are being analyzed and have not been classified into a category as yet.
SAVE & ACCEPT